25 Jul Are you Unbalanced?

Posted at 09:37h in Uncategorized by Bevan Colless

Our bodies are really just two separate halves desperately trying to align themselves as one. From our right and left sided hemispheres of our brains controlling different sides of our body through to our limbs, one side can turn out quite different to the other. Our brain is constantly working to try and keep both sides equal, but sometimes it can’t manage it.

When we develop differences between right and left limbs it’s hard to know how much is due to learned behaviour and how much is due to an in-built trait. As with the answer to almost all nature Vs nurture discussions, the answer is that it’s a bit of both. Most of us are born either right or left handed, but we can change that with practice. An interesting example is the  champion ‘lefty’ golfer Phil Mickelson, who was born right handed and still does everything apart from golf right handed, but when he was learning golf as an 18 month old, he would mirror his father completely, so as his father was playing right handed, he would set up left handed. 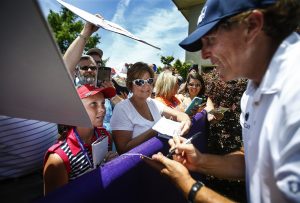 During assessment, we often see that the side that has a history of injury, that is the weaker side, and that the dominant side is not always stronger. This can be due to not completing the rehabilitation program fully, but also due to the development of habits in avoiding use of the weaker side. Without realizing it, we begin to stand up, turn, lower ourselves down stairs etc. with the stronger and more stable leg taking most of the load. Our minds become subconsciously aware that we have a weak side and that our movement will be more economical if we use the stronger side. We also can begin moving in ways that our not the most economical and can lead to decrease performance and an increased likelihood of further problems. This fear/avoidance behavior is often exacerbated with the current shift towards detailed imaging and patients consulting several different health professionals looking for a simple fix, all reenforcing to the brain that our body has a problem that needs to be protected. 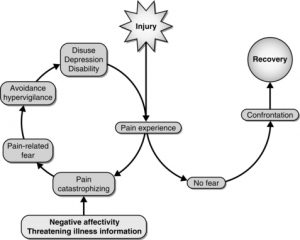 Depiction of how pain is interpreted is critical in long term outcomes.

Our brains and bodies are amazingly malleable to new stimuli. It’s part of the joy of being a physiotherapist, that all of our staff live by –  we can facilitate real, meaningful change through the body’s own movement, rather than resorting to medication or surgery. It’s not uncommon for people to have more problems with one side down the whole body – neck, arm, lower back and leg and at the root cause is often abnormal movement caused by fear and weakness. It’s our role to get both sides as close to equal in strength and stability as possible. 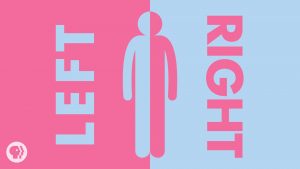 Never is the differences in the sides of our body more apparent than in people who have suffered a stroke, where the blood to one side of the brain is reduced through a clot and the opposite side of the body becomes very weak, and difficult to use. When rehabilitating stroke patients, one of the most effective (but least popular and therefore sparingly used) treatments is to restrict the non-affected/’good’ arm, by binding it in a sling. Although this is very frustrating for the patient, it forces use of the weaker side, which facilitates the nerves and muscles to regenerate faster and the longer term result is generally good. 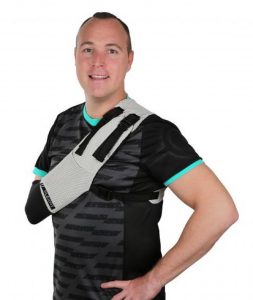 If you are interested in testing yourself to see what your right and left sided differences are try these simple tests: 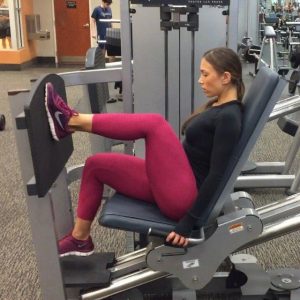 Also better to remove hands from the grips

If you have discovered that one side is weaker you should make conscious efforts to increase the use of the weaker side. Patients often ask if they should do the same exercises on both sides and we generally suggest to do twice the sets on the weaker side, to rectify the imbalance. Descending stairs by lowering yourself into each step very slowly with the weaker leg taking the load. Working on one-legged leg-press in the gym, ensuring your other foot and hands are all in the air to load more stability.